Civils contractors today warned that cuts to core funding for Transport for the North will undermine the UK Government’s levelling-up agenda.

Transport for the North, a statutory body, is set to lose 40 per cent of its core funding and a fifth of its annual funding for next year, according to documents it published this week.

Commenting, Chief Executive of the Civil Engineering Contractors Association (CECA) Alasdair Reisner said: “This is very disappointing news, and we would urge the Government to reconsider pulling promised investment from a body that has done more than any other to develop a cohesive vision for future transport across northern England.

“The Conservative Party won a majority in 2019 in part through promising a ‘levelling up’ agenda on the economy.

“Part of these plans has always been to deliver an infrastructure revolution in the north, to create economic growth, boost connectivity, and create jobs.

“It is difficult to see how imposing budget cuts on Transport for the North, one of the most successful and ambitious Sub-National Transport Bodies, will do anything other than undermine this agenda, and set back the Government’s stated policy of narrowing the economic gap between the south-east of England and the rest of the UK.” 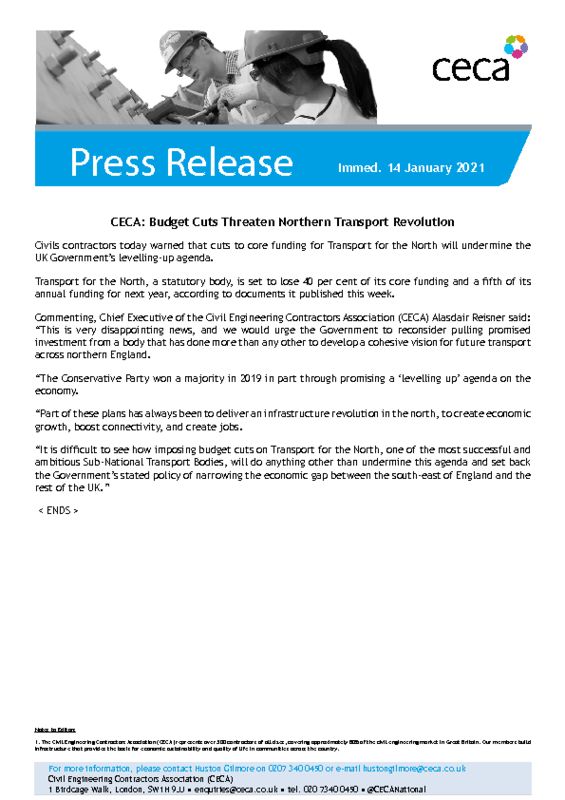