Civils contractors have called on the incoming Conservative UK Government to ‘turbo-charge’ the infrastructure sector in its first 100 days in office.

“At the same time, promises of investment were made during the election campaign that must now be honoured, if we are to secure economic growth after we leave the European Union next month.

“Our priority as an industry must be to work with Government to unlock those schemes that have been held up due to the election period.

“In particular, Mr Johnson should use his first 100 days to turbo-charge the infrastructure sector by committing to schemes that have been delayed by the election or have had doubt thrown on their future.

“Subject to the findings of the Oakervee review, we would like to see the new Government make a firm commitment to HS2 and progress this transformative project towards delivery.

“We also need to prioritise the progression of the the next roads investment strategy, deliver Heathrow expansion to ensure the UK remains competitive after Brexit, and make investments in our rail, water, and energy networks.

“We look forward to working with the new Government so that our members can deliver the infrastructure schemes that will be the backbone of delivering growth in the post-Brexit economy across England, Scotland and Wales.” 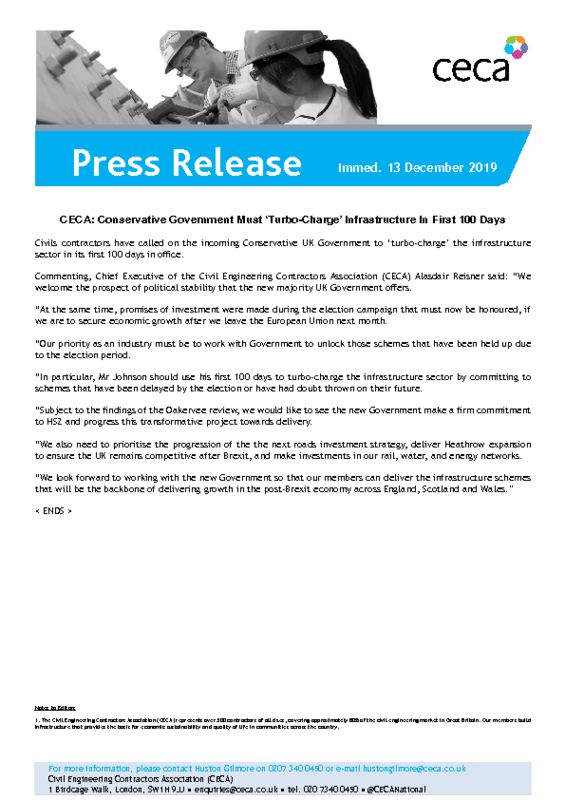