The Civil Engineering Contractors Association (CECA), which represents companies who deliver, maintain, and upgrade the UK’s vital infrastructure, has highlighted the following priorities for the new Government:

Commenting, CECA Director of External Affairs Marie-Claude Hemming said: “The new Prime Minister’s Cabinet has clearly been composed to deliver on Brexit, but if the Government is to be a long-term success it is vital that it seizes the opportunity to drive forward an ambitious infrastructure agenda to secure economic growth.

“Part of this must be a clear commitment to the existing national infrastructure pipeline of projects. However we would like to see the new Government go further in devolving transport policy, delivering certainty of investment, and undertaking a bold and transformative approach to infrastructure policy.

“The first 100 days of a new administration is a clear opportunity to set the agenda for the new Prime Minister’s time in office. With key new appointments across Government, this is an opportunity that must be seized to deliver the world-class infrastructure that will act as the backbone of the UK economy in the years to come.” 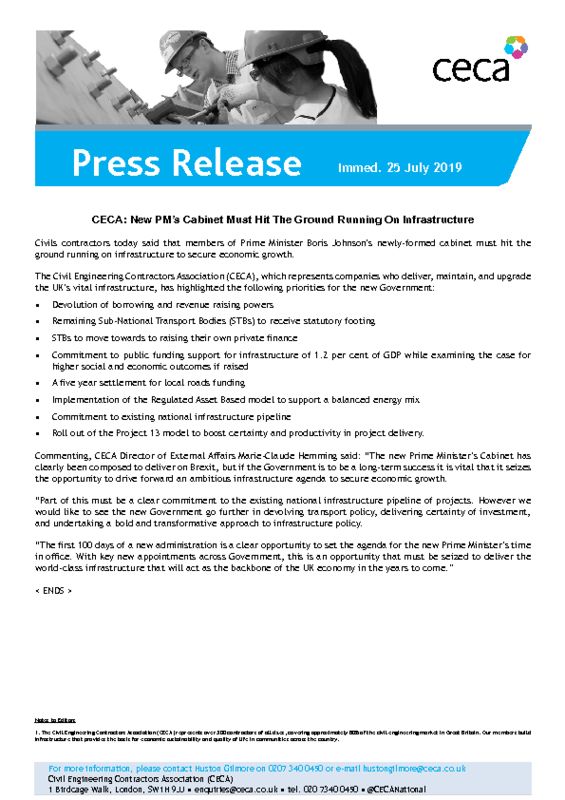