Civils contractors have said that the contenders to replace Theresa May as UK Prime Minister must back existing investment plans for UK infrastructure to secure the economy.

The Civil Engineering Contractors Association (CECA) has raised concerns that Mrs May’s Government has failed to deliver on its infrastructure investment plans, and that widespread delays to projects across the country are being caused by uncertainty over Brexit.

Commenting, CECA Chief Executive Alasdair Reisner said: “The Conservative Party leadership contest offers the possibility of a new start for the infrastructure sector, so long as the winning candidate has the courage and vision to back current investment plans.

“We call on all candidates to unambiguously commit to the delivery of the planned major projects that will form the backbone of the post-Brexit UK economy.

“CECA’s recent research has shown that the UK infrastructure sector is on the brink of recession, which spells trouble for jobs and growth.

“If the new Prime Minister is to deliver a successful economic future for the UK outside of the European Union, he or she must back an ambitious agenda for the UK’s infrastructure, by bringing forward work on major projects from the moment they get the keys to Number 10.” 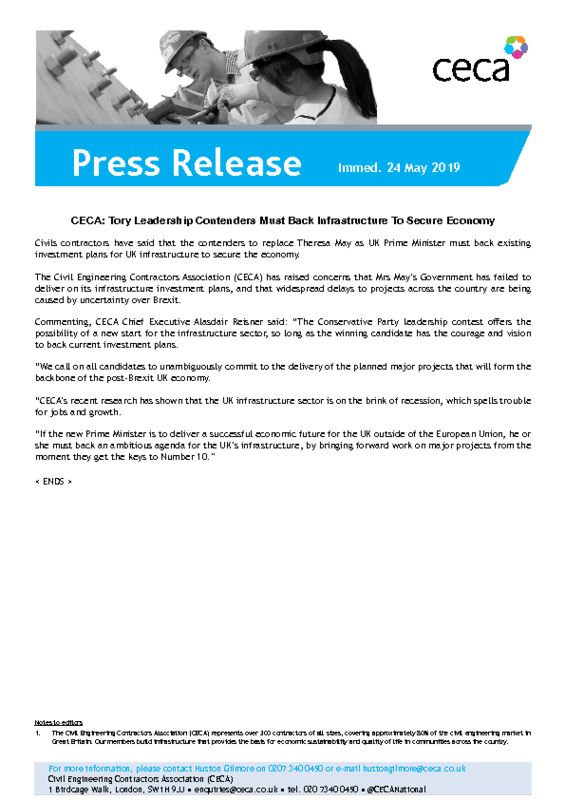