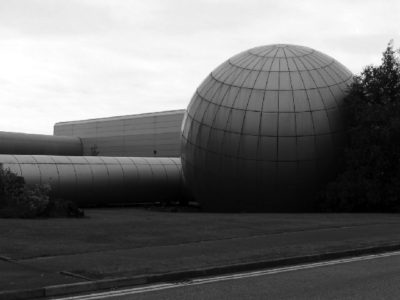 In a boost to contractors working in the sector, the Government have unveiled a £200m Nuclear Sector Deal which includes the announcement of technologies the Government has selected for development in the small modular reactor (SMR) sector, as well as up to £44m to develop this technology.

In his introduction to the HM Government publication Industrial Strategy: Nuclear Sector Deal Secretary of State at the Department for Business, Energy and Industrial Strategy The Rt Hon Greg Clark MP writes that the nuclear sector “provides tens of thousands of highly skilled jobs, many in the north west and south west of England, diving growth in diverse regions across the UK, and there is potential for further growth in other regions of the UK, helping develop a workforce which combines experience, skills, and technology.”

On 28 June the Minister made a Written statement to Parliament which provided details of the deal. Describing the UK’s nuclear sector as “an undoubted strength of our economy” and as an industry that “offers huge opportunities for the future”, the statement highlighted a number of proposals developed by Government, sector champion Lord Hutton, and industry leads from the Nuclear Industry Council, which are to be achieved by 2030. These are:

The Sector Deal also contains mutual commitments to drive greater productivity, innovation and exports by adopting innovative advanced manufacturing and construction techniques in new nuclear projects and supporting advanced nuclear technologies; a joint review of the decommissioning pipeline to achieve greater value for the taxpayer and boost exports; and a supply chain competitiveness programme aimed to support UK businesses’ capabilities of winning work both in the UK and internationally.

The Minister also unveiled a range of proposals to support the future workforce, including a new apprenticeship standard and a commitment to a more diverse workforce, with a target of 40 per cent of the workforce to be women by the end of the 2020s. Currently, the 15 per cent of the UK nuclear sector’s engineers are women, while the overall workforce is 22 per cent female.

In line with its policy of backing the delivery of new nuclear power, the Government has announced that it will keep under consideration a range of financing options when deciding how to proceed with future new nuclear projects, that it will be considering direct investment in the Wylfa project in north Wales, and will be reviewing the viability of a regulated asset base model for future projects.

CECA has long championed new nuclear as part of the mixed portfolio of generation the UK will require to meet projected demand, and deliver the clean, secure power we all rely upon. You can read the Written statement in full here and the UK Government publication Industrial Strategy: Nuclear Sector Deal here.