Despite decades of traffic congestion and tailbacks at the Brynglas Tunnels and detrimental impacts on the economy of Wales, its communities and the surrounding environment, speculation that the Welsh Government have been preparing the ground to cancel the project has now been confirmed and the relief road to the M4 at Newport will not go ahead as was originally planned.

This is a devastating blow for the Welsh economy, for businesses and for communities in this part of Wales.

Commenting, CECA Wales Director, Ed Evans, said : “There has been much speculation within the industry for some time that the Welsh Government has been preparing the ground to cancel their plans for an M4 relief road around Newport.

“It is now clear that Wales will lose out again. This has been a dreadfully slow process riddled with political indecision. And yet the problems for businesses and communities in this part of Wales remain as do, sadly, the environmental impacts caused by congestion and tailbacks at the tunnels.

“The civil engineering sector looks forward to hearing details as a matter of urgency of how the Welsh Government now intends to use its borrowing powers to invest in Wales’ infrastructure with alternative schemes.” 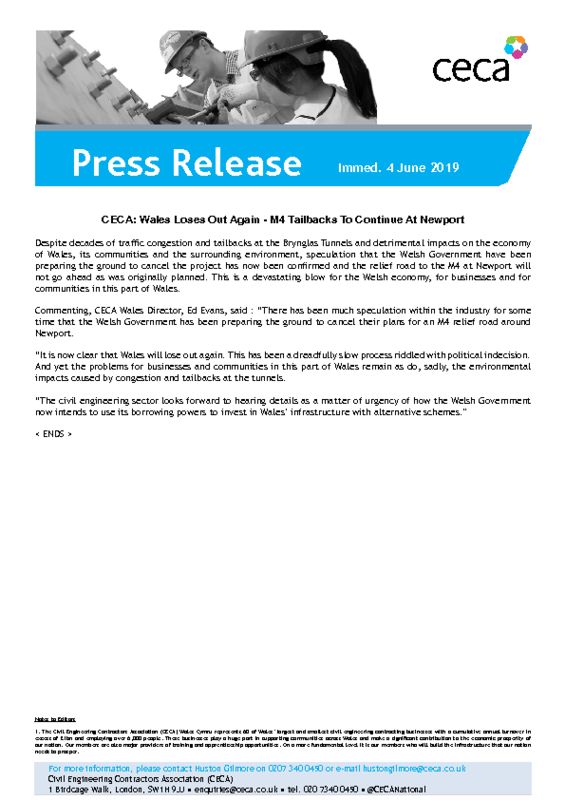