Last Friday night we hosted the CECA Wales Annual Dinner and Awards at the Hilton Hotel, Cardiff. At our AGM that afternoon our new Chairman, Mike McAndrew of Tarmac, was elected along with our new Vice Chair, Mark Bowen of Andrew Scott. Both Mike and Mark are passionate advocates of the civil engineering industry and I’m looking forward to working with both of them over the next 2 years. Mike’s inaugural speech highlighted many of the concerns which are currently troubling our sector but I’ll save these for a future blog.

The main event of the evening was our Awards ceremony. And this year proved to be extremely competitive with an increasingly high standard and number of submissions – reflecting “the brightest and the best” across the industry.

With such a broad category for most promising Apprentice the judges wanted to award a high commendation to Sion Hughes of Jones Bros Ruthin. But the winner was Nibin Lukose of Alun Griffiths.

The judges found it impossible to identify a single winner in the most promising Trainee Civil Engineer (Non-Graduate) category and so two awards were presented to Sonny Dolan, previously of Dawnus, and Matthew Manuel of Jones Bros Ruthin.

The winner of the most promising Trainee Quantity Surveyor was Joseph Meeke of Walters.

And with such a broad and diverse range of applicants with different stories in the most promising Trainee Civil Engineer (Graduate) it was difficult for the judges not to award a high commendation to one of the entrants, and that went to Joseph Palmer of Knights Brown. But the winner was Laurie Cummings of Alun Griffiths.

Congratulations to all of them and to all of those who were shortlisted. They’ll all be invited to take part in our Leadership Challenge to be held on 13th and 14th June at Cwrt y Gollen Camp, Crickhowell, in partnership with the Armed Services.

And we also celebrated the establishment of our new Foundations Group for younger CECA Wales members. Our Executive Board agreed to establish the group, comprising 10-12 young CECA Wales members, to form part of our succession plan and allow younger members to help to shape the future of the industry. There’ll be more about them in future blogs. 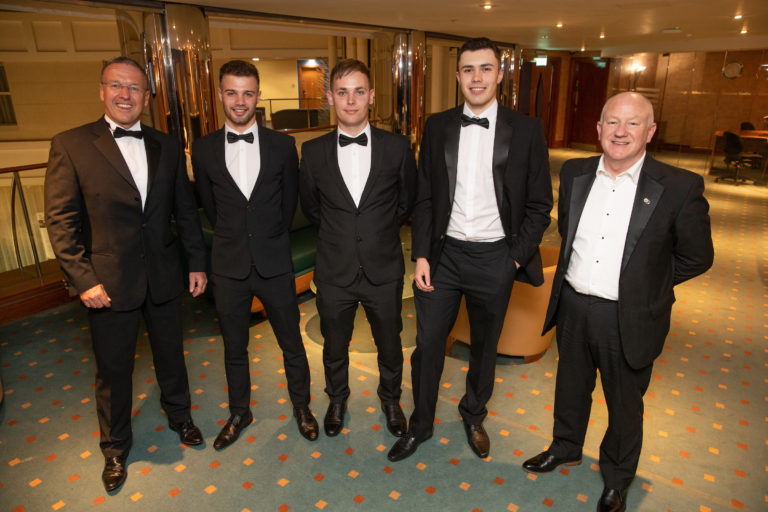 So, despite, some gloom across the industry, there’s no doubt that there’s some exceptional young talent within the industry so it bodes well for the future.